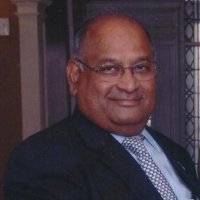 Ash Khare spoke to us about his experiences with politics as a delegate.  He has been elected as a delegate to the Republican convention for many years and in 2016 he was also selected as an Electoral College delegate.  He spoke to us about his experiences and brought along a number of certificates, proclamations and memorabilia from the presidential campaigns.  What is especially interesting about Ash is that he emigrated from India to attend college and then remained in the US and became a citizen.  He was the first Indian national to be elected to the Electoral College.