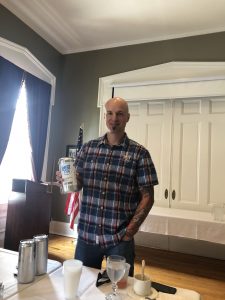 Phil Caudil from Bent Run Brewery was our Speaker July 24th. Their new location in the old Loranger building at 36 Clark St will be opening this October.  The space is all set up and now they just need to set up the dining room, kitchen and brewing to get going.  They will be open 3 days a week to start with a bar menu. 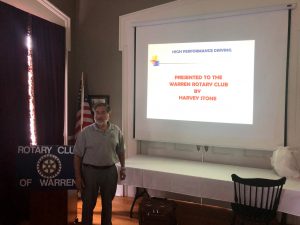 Our speaker July 17th, was Rotarian Harvey Stone. He talked about his passion of High Performance Driving. He started in 2001 after a friend took him to the Watkins Glen to experience a ride. Since then he has participated in numerous schools all over the country, Canada and Germany.
Drivers are broken up into different skill sets and when a faster car approaches you use hand signals to get signal them past. He is a track instructor and when he is instructing drivers he rides in the passenger seat and talks them through the course. He showed us an exciting video of the Watkins Glen Track. 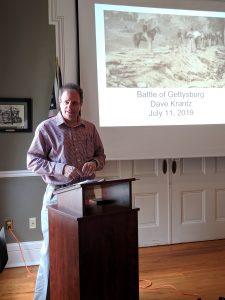